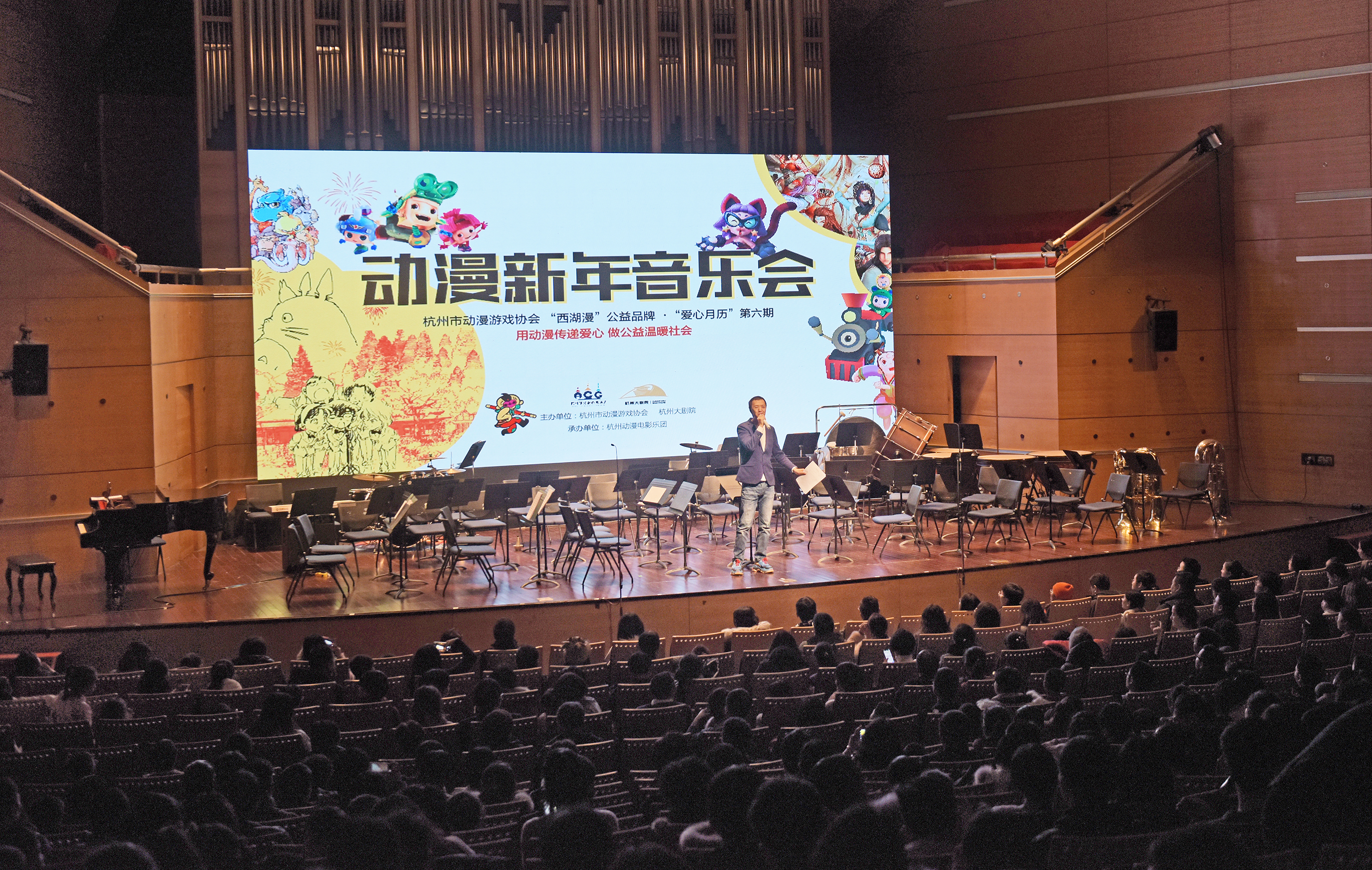 The concert was unveiled with the song Firefly. Composed by Huang Zongxian, a famous Hong Kong musician and composer of Jackie Chan’s kung fu movies, it is the theme song of Travel with the Wind, a Hangzhou animated film to be screened soon. As a New Year concert in the capital of animation, the soundtracks of many Hangzhou-produced animated films, including Magic Wonderland, The Legend of Qin, and Kun Ta 3D, added a lot of Hangzhou elements to the scene, intoxicating the audience.

“This is a music festival for us,” said Chen Shuo, the post-80s music director of Hangzhou Animation Film Orchestra. Chen is also a music lover. He said that it took three months from making preparations for the concert to final performance. The orchestra's previous performances were aimed at animation fans and children. This concert was a combination of public welfare and performance, presenting unique charm of the “capital of animation” to the city builders.

Since the West Lake Animation Public Welfare League of Hangzhou animation games was first launched at the 14th China International Cartoon and Animation Festival in 2018, the Hangzhou Animation Game Association has put forward a series of “Love Calendar” activities. Each month, there is an animation public benefit activity. They have approached the “children of the stars” and the elderly of the communities, to warm the society with the power of animation.

The concert is the sixth of the activities. The association invited builders of the city to come and feel the warmth and beauty of the “capital of animation”.