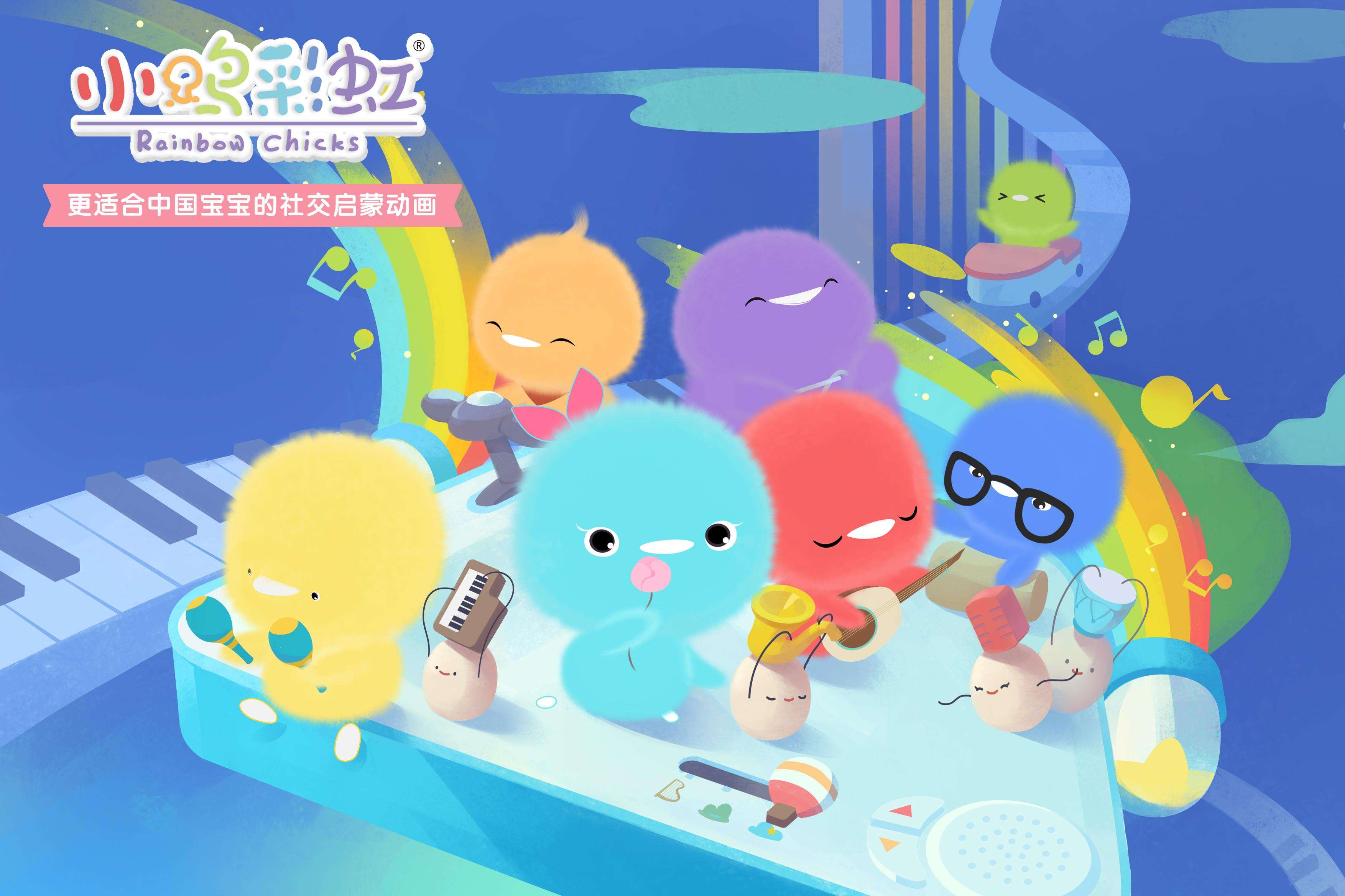 Three Rabbits tells the story of three rabbits, Tiao Tiao, Mian Fei and Shuai Er, who live in a harsh condition. They have different personalities and philosophies of life. But they work tirelessly for life, putting on hilarious and unexpected comic stories. Rainbow Chicks has inherited the new ink painting style of Chinese classical culture, warm and healing. By telling stories about the daily lives of the chicks in Yundao, it gives many enlightening lessons for children to socialize independently and popular with preschoolers.