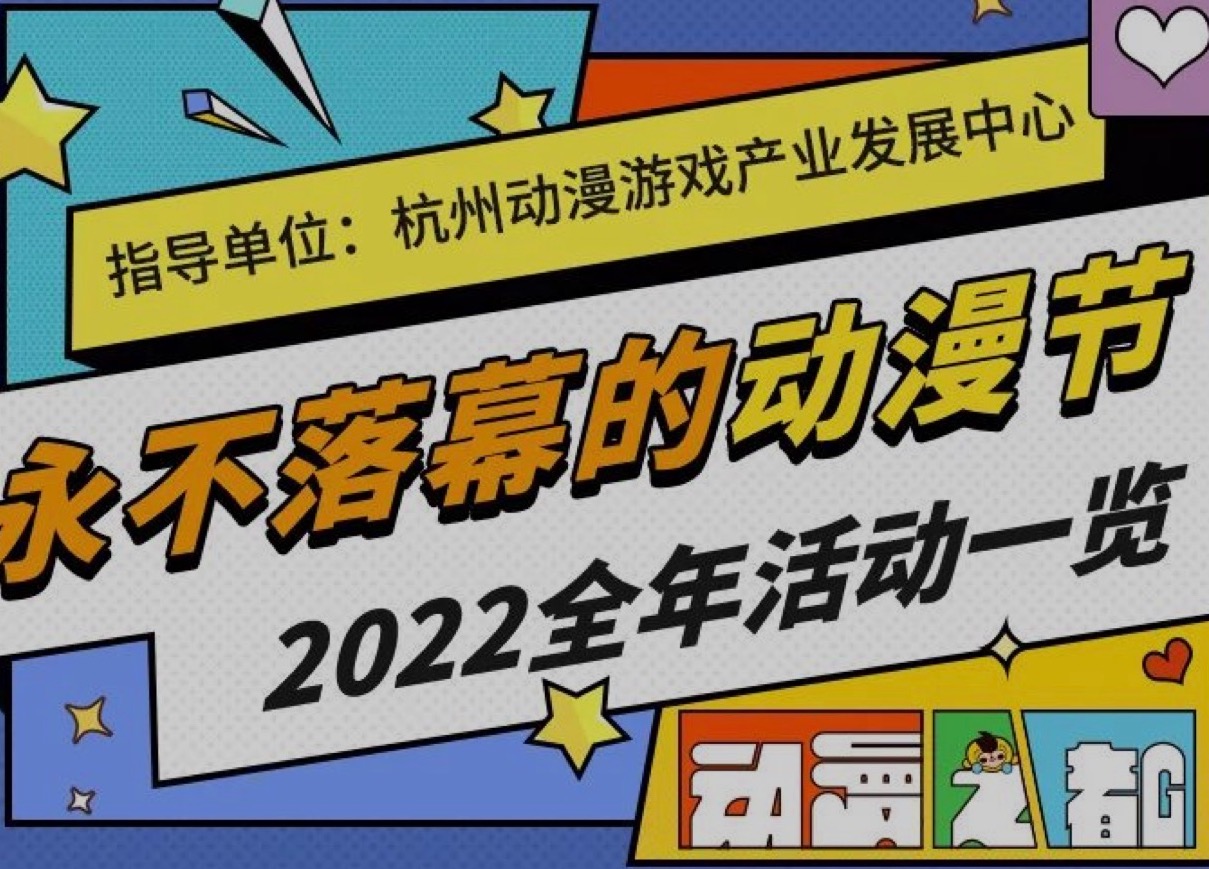 Hangzhou's Total Output Value of ACG Hits a Record High, Marking a Good Start of 14th Five-Year Plan, along with Other Remarkable Results

The year 2021 marks the beginning of the 14th Five-Year Plan and a new starting point for the development towards the Vision 2035.

"Get together online in spring, and see you in Hangzhou in autumn". 2021 Cloud ACG (Animation Cartoon & Games) Industry Trade Fair attracted 5,981 business people from 46 countries and regions as well as 20 international animation festivals and overseas animation institutions. 965 online one-to-one matchmakings were held, and more than 80 projects were released, involving an amount of nearly 2 billion yuan.

From September 29 to October 4, 2021, the 17th China International Cartoon & Animation Festival (CICAF) was held safely and successfully based on science-based, accurate and strict pandemic prevention and control measures. The preliminary statistics showed that despite the unprecedented challenges in preparation due to the COVID-19, this year's CICAF still attracted 335 Chinese and foreign enterprises and institutions, 4,031 exhibitors, merchants and professionals from 56 countries and regions. 13 million people participated in various activities online and offline, and conducted 1,646 one-to-one matchmakings. As a result, the on-the-scene signed contract amount topped 480 million yuan.

The creativity and potential of the anime industry are based on "originality". Regarding "animation", Hangzhou not only has CICAF but also has more original and excellent animations.

In the series of selections by the National Radio and Television Administration in 2021, 6 Hangzhou-made animations won the quarterly excellent animation works award, ranking first in the number of similar cities in China; 1 was selected as the "Outstanding Overseas Communication Works in 2020", the only one in Zhejiang Province; 2 were awarded the "2020 Excellent Animation Works". In the fourth China Culture and Arts Government Awards Animation Award, 2 animations produced in Hangzhou won the "Best Animation Work" and 1 won the "Best Animation Team". In the 31st Zhejiang TV "Peony Award", one Hangzhou-made work won the "Best Work" and two won the "Excellent Work Awards". 17 works were selected as the part of the Topic Selection Plan for Literary and Artistic Works of Radio, Television and Online Audio-visual Programs During the 14th Five-Year Plan of Zhejiang Province.

Behind the growing industry and creation of data is the support of quality companies and talent.

Only by building a nest can we attract phoenixes. At present, Hangzhou has gathered 11 e-sports teams. Companies such as Electronic Soul, Netease Thunder Fire, Yan Hun Network Technology, King Net and Jedi Games focus on game development and operation, laying a good foundation for the development of the e-sports industry.

Electronic Soul held a series of competitions such as Entertainment Star Season, and its PC game Dream of the Three Kingdoms 2 was listed as one of the eight e-sports events of Asian Games Hangzhou 2022. Netease E-sports Global Competition Center has officially settled in Hangzhou, and the Global Finals of Identity Ⅴ COA Ⅳ was in full swing at Hangzhou Olympic Sports Center. The team from the world-renowned e-sports club LGD ranked first at Kiev AniMajor, second at Ti10, and third at finals of PEL S1.

In the tide of digitization reform and development, there is also the animation industry. With ACG enterprises such as Zoland Animation, Electronic Soul, Netease Thunder Fire, Versatile Media, Sparkly Key and Shunwang Technology serving as the mainstay, Hangzhou has deepened the integrated application of new digital technologies like 5G, cloud computing, AI, big data, VR, AR in ACG. On August 27 last year, the Ministry of Commerce and the other three government departments launched the list of the second batch of national cultural export bases. The "Zhejiang Digital Cultural International Cooperation Zone" has been inscribed on the list, being the only functional zone for digital cultural trade in China. As the operator representative of the "Zhejiang Digital Cultural International Cooperation Zone" in Zhejiang Province, Zoland was awarded the license.

With CICAF held every year here, Hangzhou has become a veritable and widely recognized "capital of animation" in China.

Hangzhou, a city of history and culture, has become young and energetic because of the ACG.

At the end of 2021, the cartoonists stationed in Hangzhou and local cartoonists created cartoons to popularize relevant knowledge about pandemic prevention and control and convey the belief that the fight against the pandemic will win. The cartoons received wide attention and praise from all walks of life and media at central, provincial and municipal levels, vividly showing the power of Hangzhou-made cartoons in fighting against the pandemic. Animations are making life better and the city more welcoming.

Around the theme of "Common Prosperity in a New Era - Animation Inspires the Future", the animation and game industry in Hangzhou will further strengthen cultural confidence, actively adapt to the wave of digitization reform, and promote the high-quality development of the industry with more innovative ideas and more pragmatic measures. They will seize the opportunities brought by Asian Games Hangzhou 2022, the initiatives to build Zhejiang into an important show case province of modernization and Hangzhou into a metropolis and make greater contributions to building a cultural Zhejiang and a cultural power in the new era.