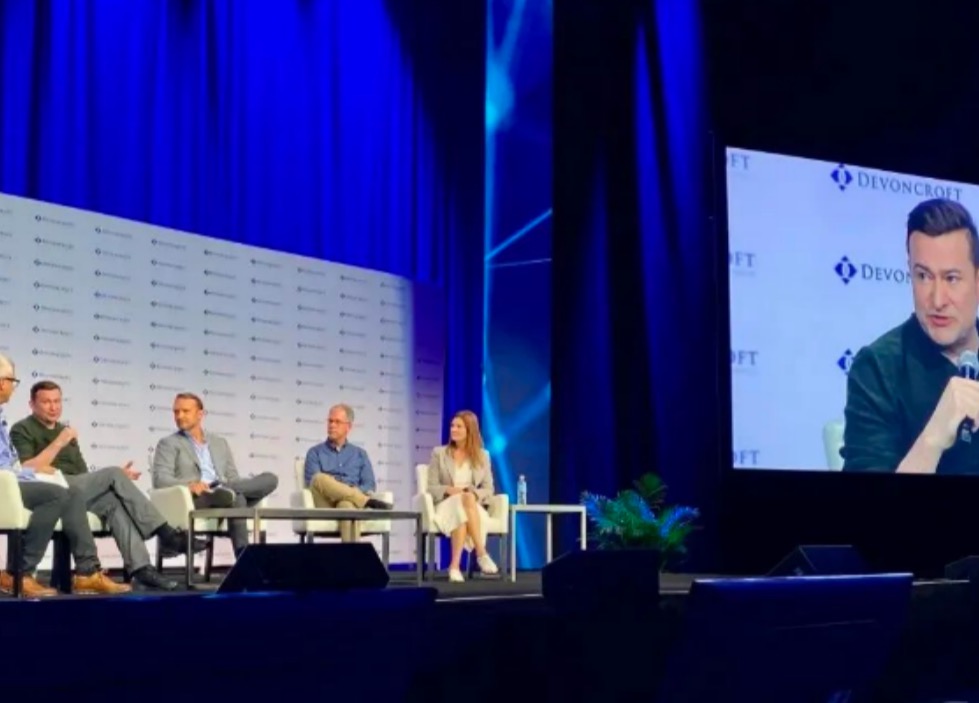 Recently, at the NAB Show, the most prestigious exhibition in the global electronic media industry, Versatile Media, a Hangzhou-based animation company, showcased virtual production technology and jointly released the LED virtual studio product VERSATILE STAGE, which represents the top technical level in the industry, attracting the attention of global attendees and reflecting the "hard power" of China's technology exported to overseas countries. 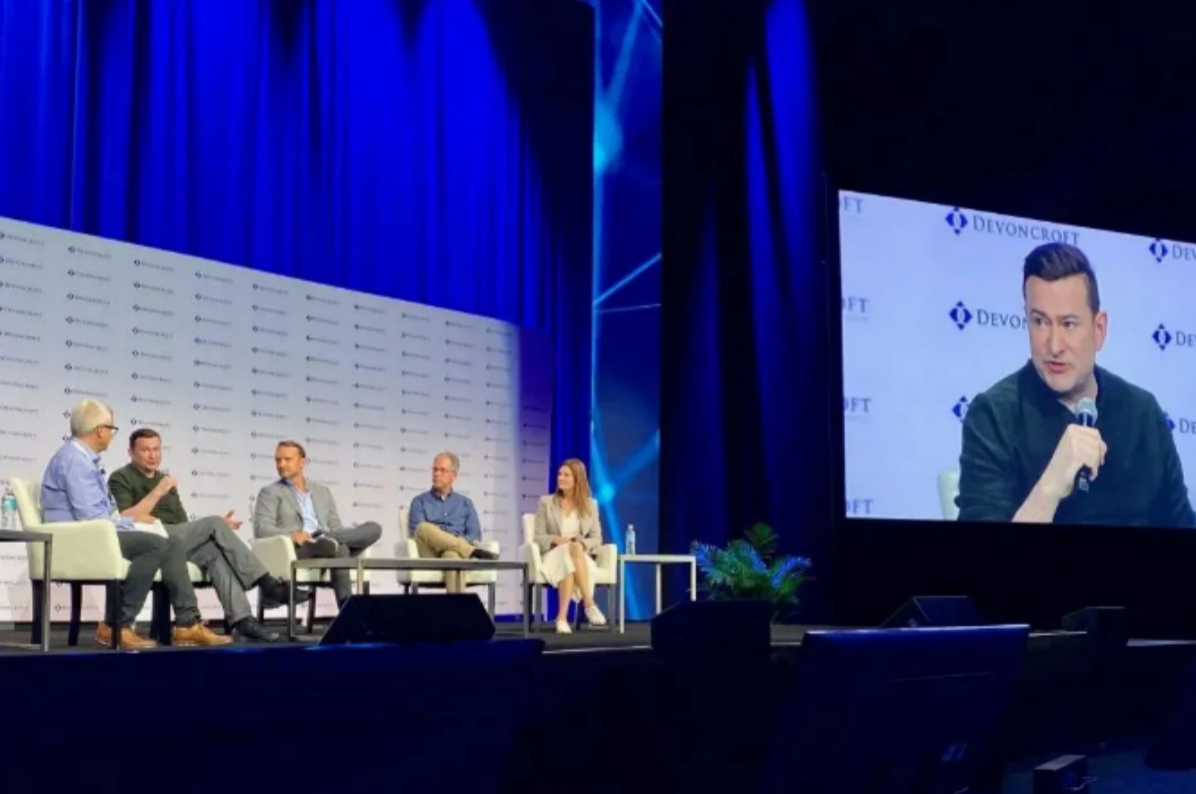 As the hottest emerging application in the past two years, virtual production has become a hot topic at this year's NAB Show. Virtual production is an area where the real and digital worlds intersect, as Weta Digital, a leading special effects production company, has succinctly defined. In other words, the production staff is able to see the virtual scene unfold in front of them in real time, equivalent to virtual reality and augmented reality. 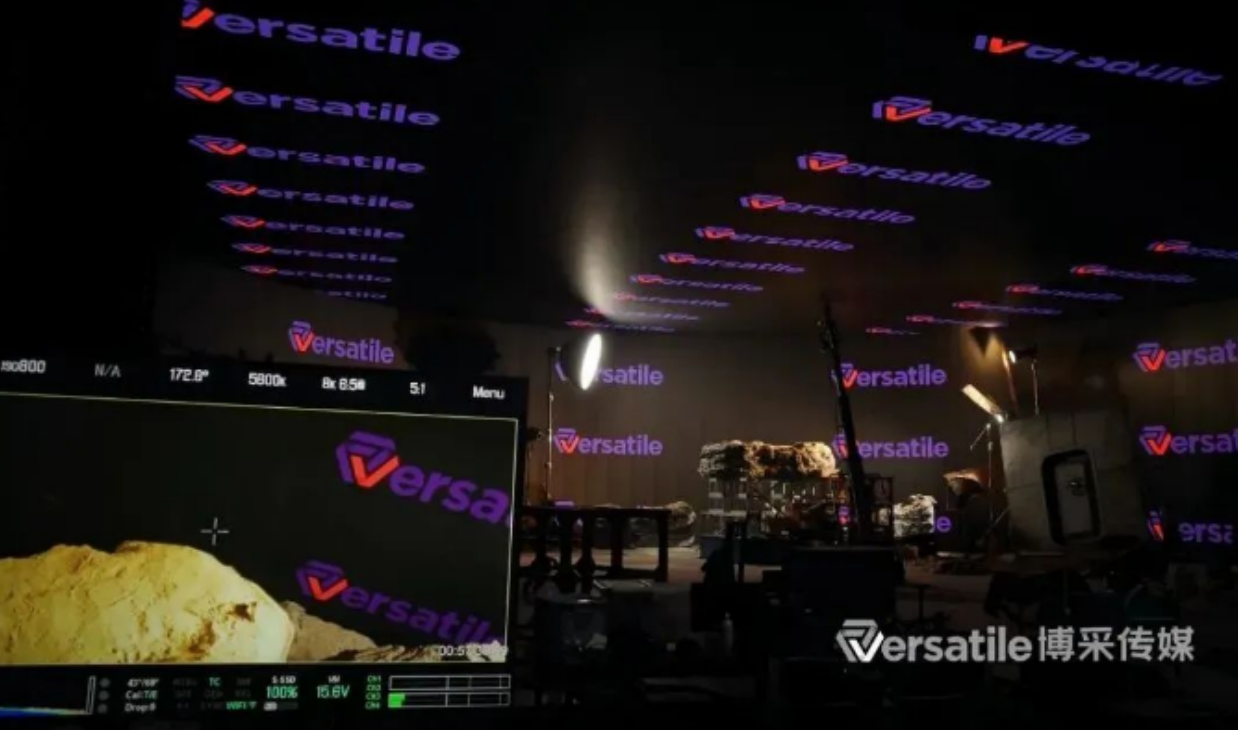 In addition, Versatile Media and its partners jointly released the LED virtual studio product VERSATILE STAGE, which represents the top technical level in the industry. The product attracted the attention of many industry professionals upon its unveiling, and Rick Champagne, Director of Marketing Strategy for NVIDIA's international media and entertainment industry, said, "This is the latest technological breakthrough in real-time film and television production that will empower the next generation of creative expression."

A clip from New Air

At the press conference, a short science fiction film New Air, which was shot in VERSATILE STAGE and produced with the Versatile Media Virtual Production System, was premiered. Li Lian, founder, CEO and senior director of Versatile Media, reviewed the original intention of the system development through video and shared the filming experience brought by this system to the production of New Air. 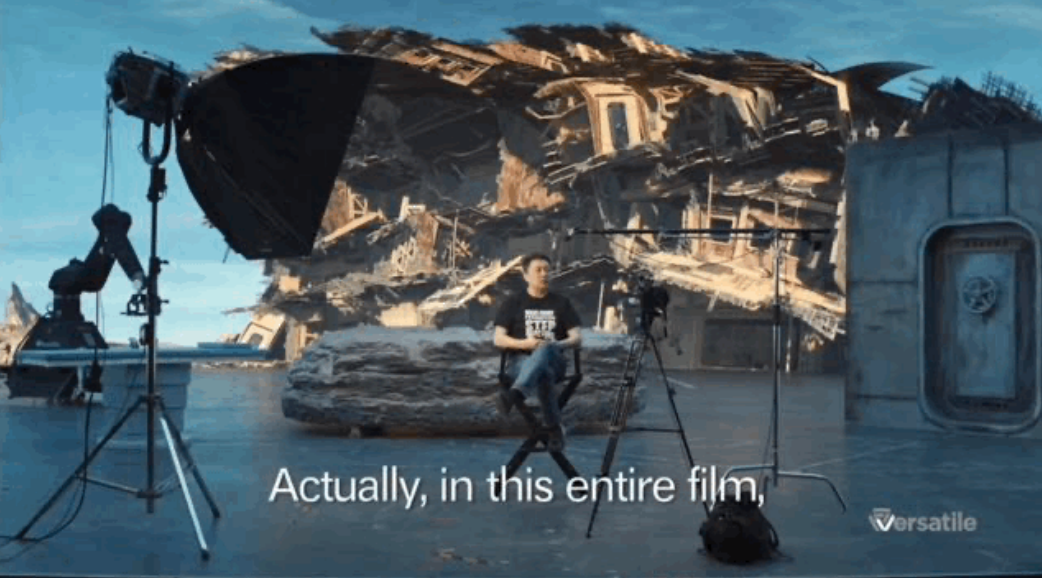 The entire film was shot with only three props: a door, a rock and a bed. 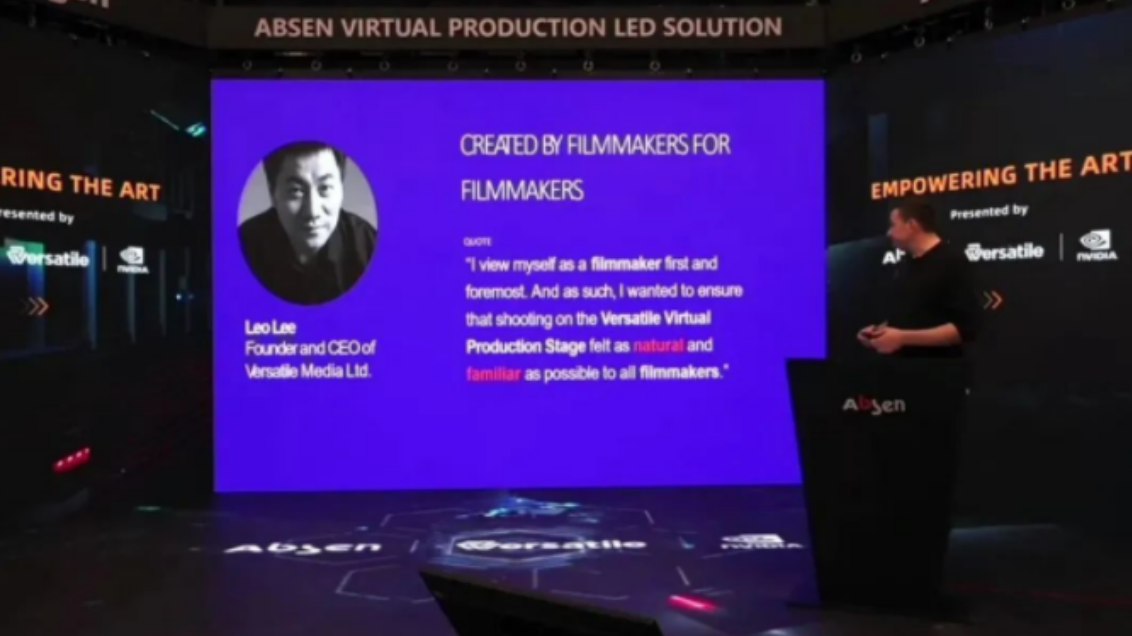 Steve detailed the technology behind the shooting of New Air, including removing the moiré effect, zero-latency camera tracking, real and virtual follow focus system, shooting under extreme weather, etc. The fundamental purpose is to "give creators more freedom in being creative. 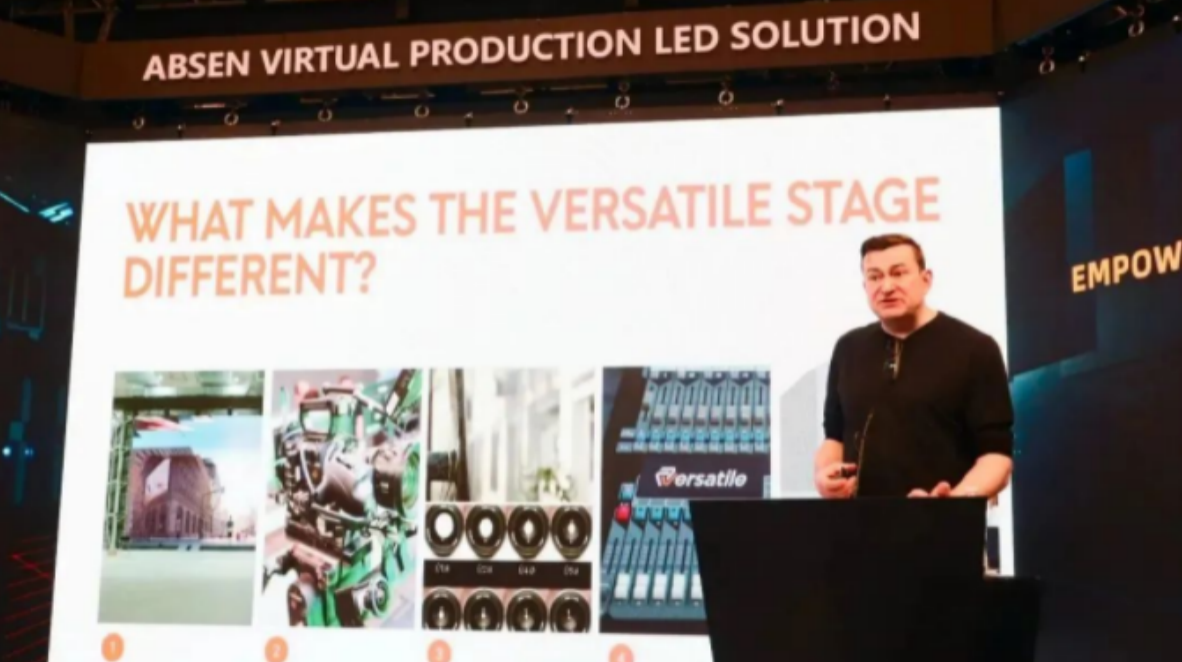 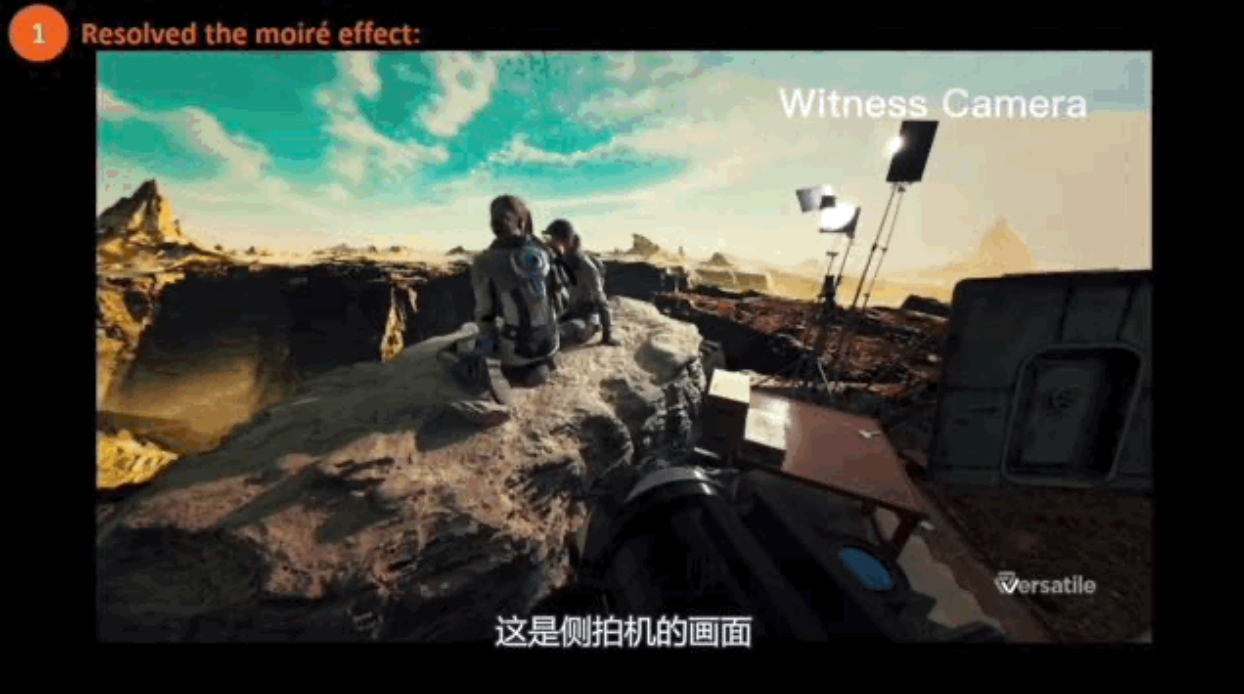 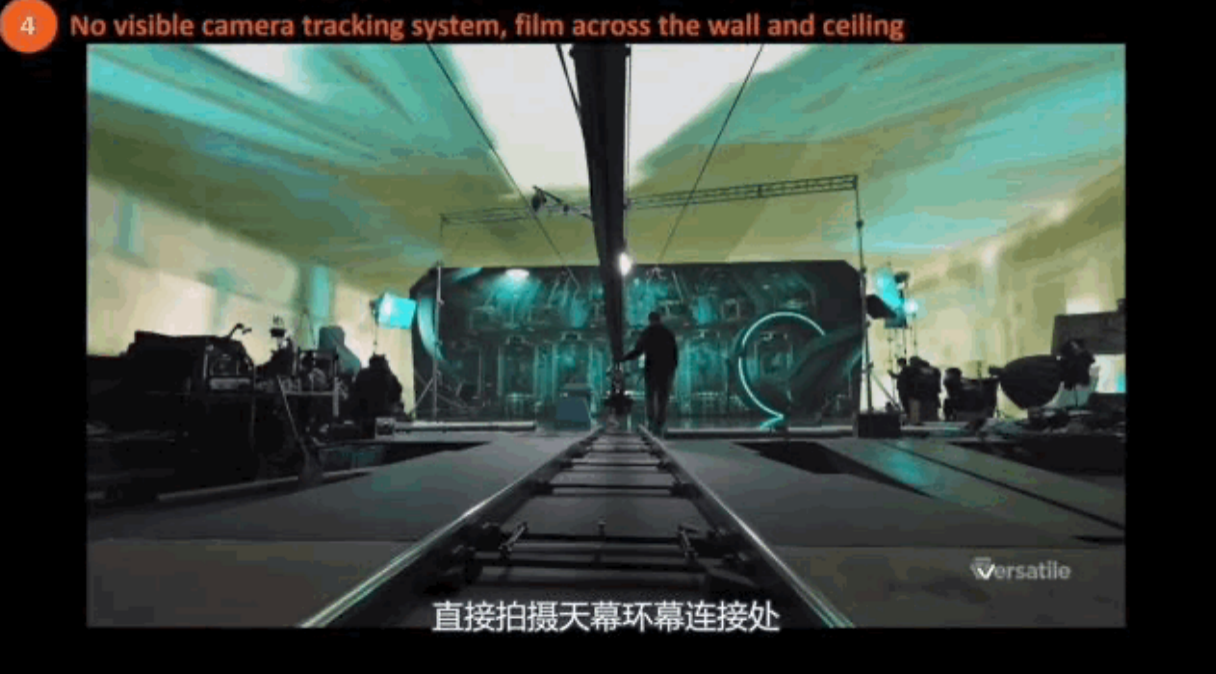 The audience was excited about the solutions to industry challenges such as Versatile Media's real and virtual follow focus and zero-latency camera tracking, and repeatedly asked questions during the Q&A session. 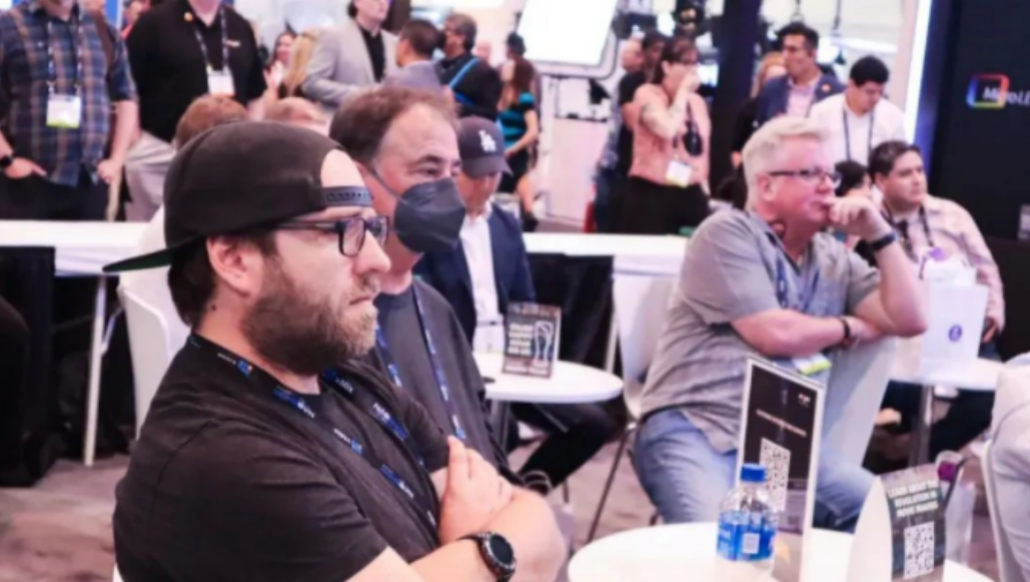 to attract the attention of the industry,

showing the world the new advancement of China's virtual production.

is closed related with

the production of animations. 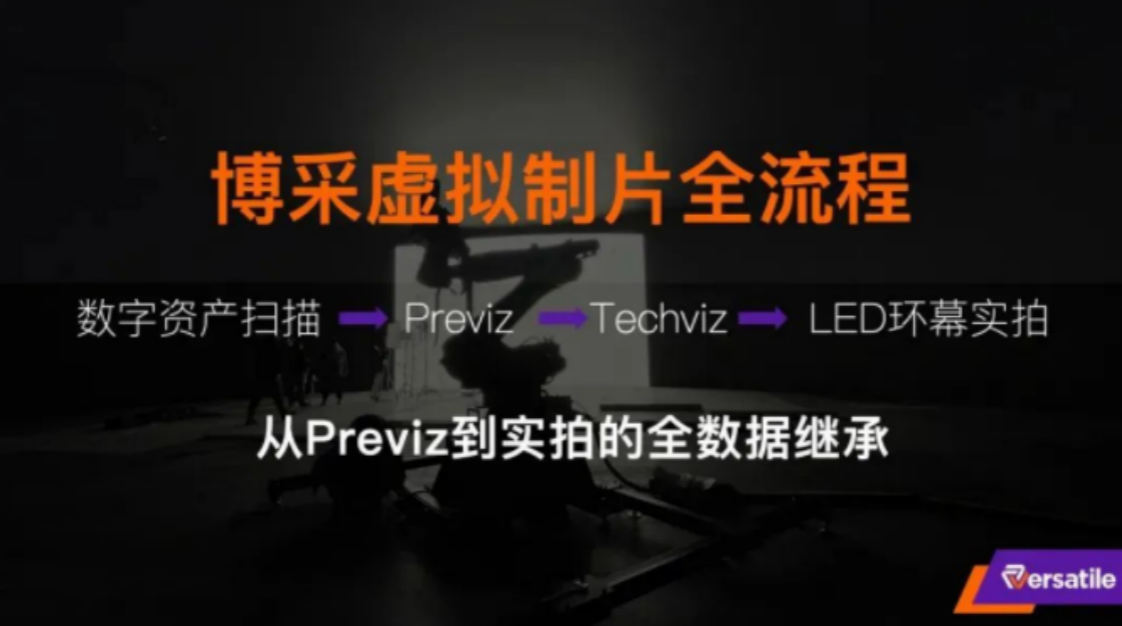 Back in 2017, Versatile Media started to figure out how to develop a workflow that could meet the needs of real-time creation. It was in that year that the company began to set up its R&D team from scratch, first trying to bridge the two different creative processes of CG animation and live-action.

after the creative process is connected.

Here, the animation can be made 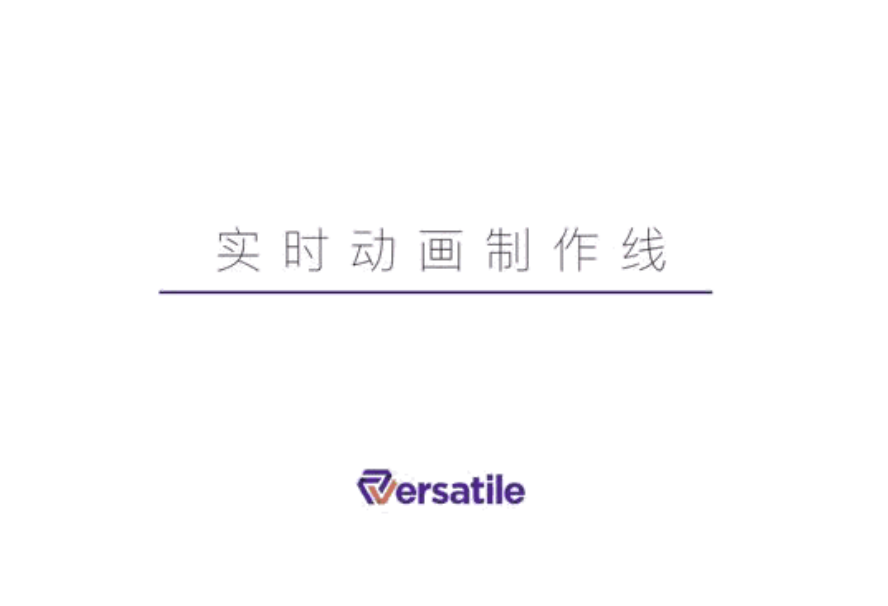 The animation director can direct the performance of the "cartoon character" as if he/she were speaking to a live actor. Two motion capture actors played the animated characters in real time. The completion of the performance means that the production is completed, leaving only the post-production editing work. 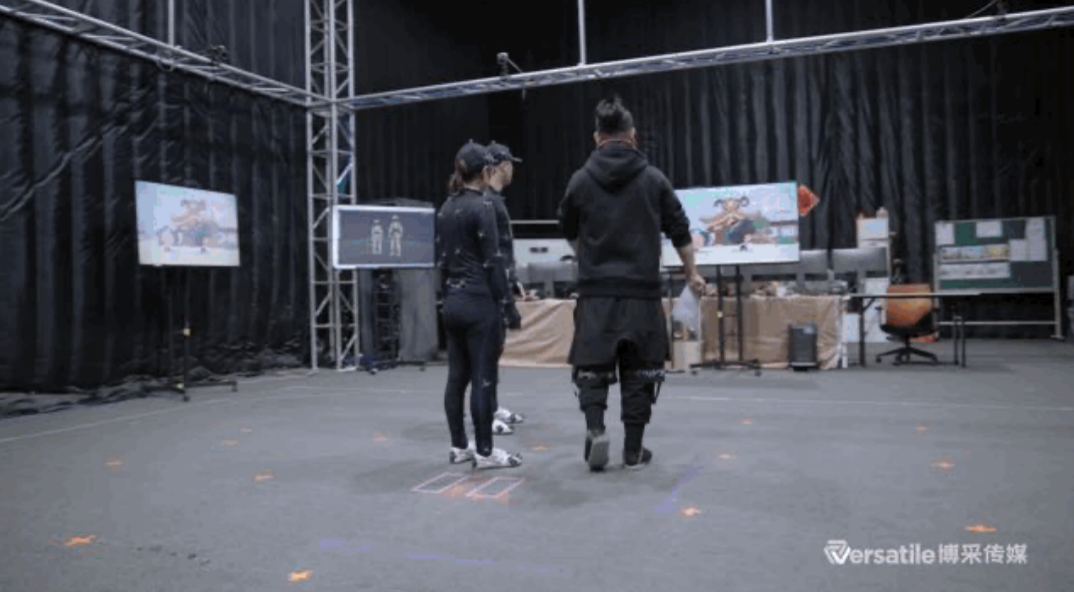 Although the operation seems to be very simple in the video, the research and development work behind it is not easy. For example, the skeletons of the cartoon characters are very different from the human body. The problem of how to map the human skeleton to the characters in real time took the R&D team a lot of effort to solve. 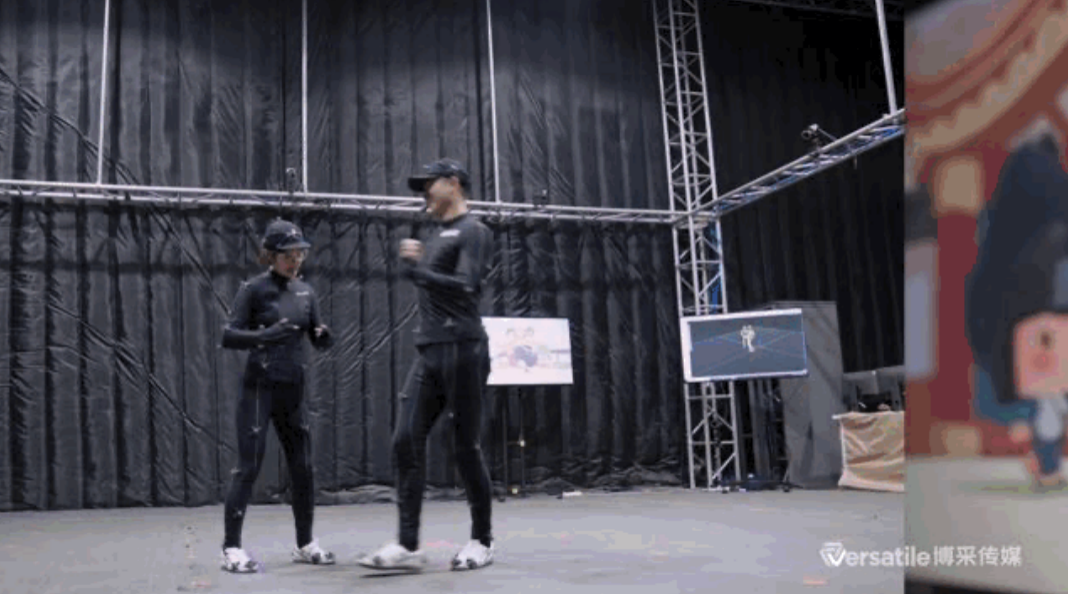 On the occasion of the Chinese New Year of the Tiger,

became trendy in the livestreaming room of CCTV.

It interacted with the hosts 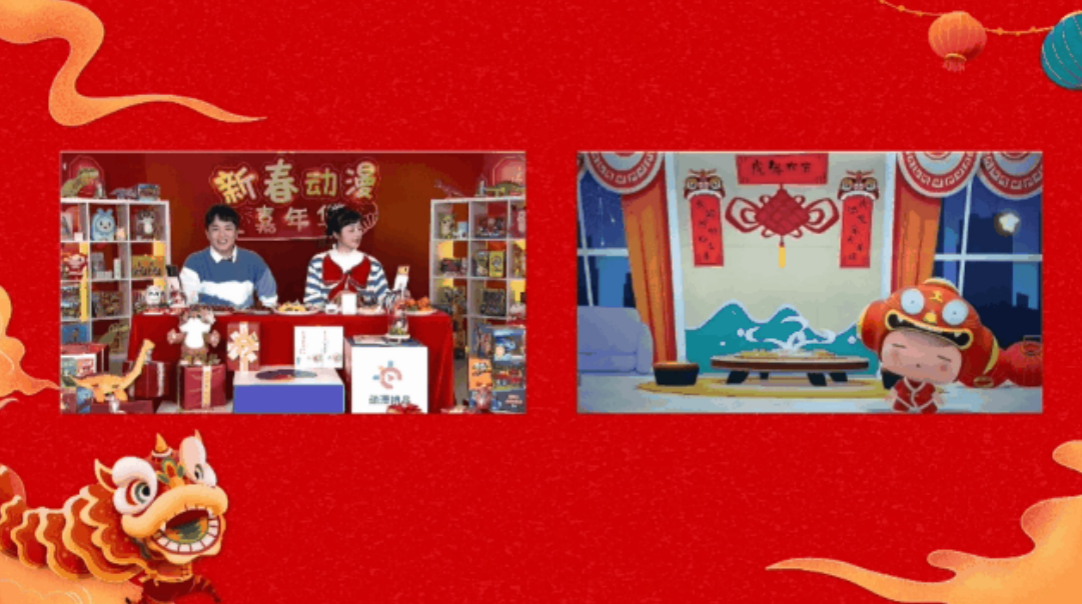 breaking the barrier between what is virtual and real. 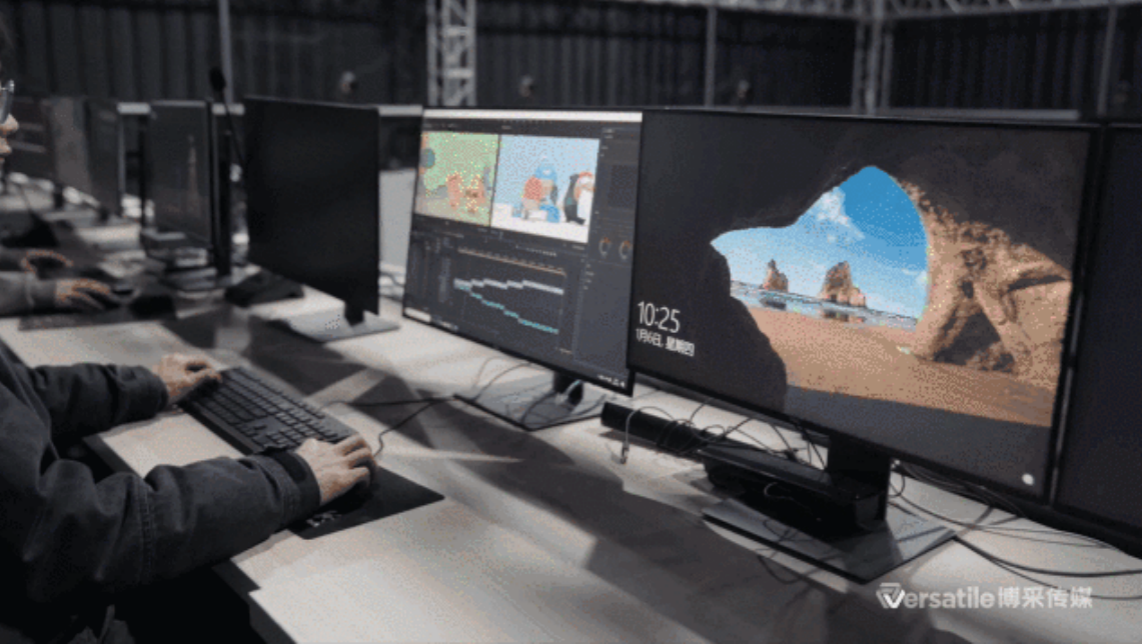 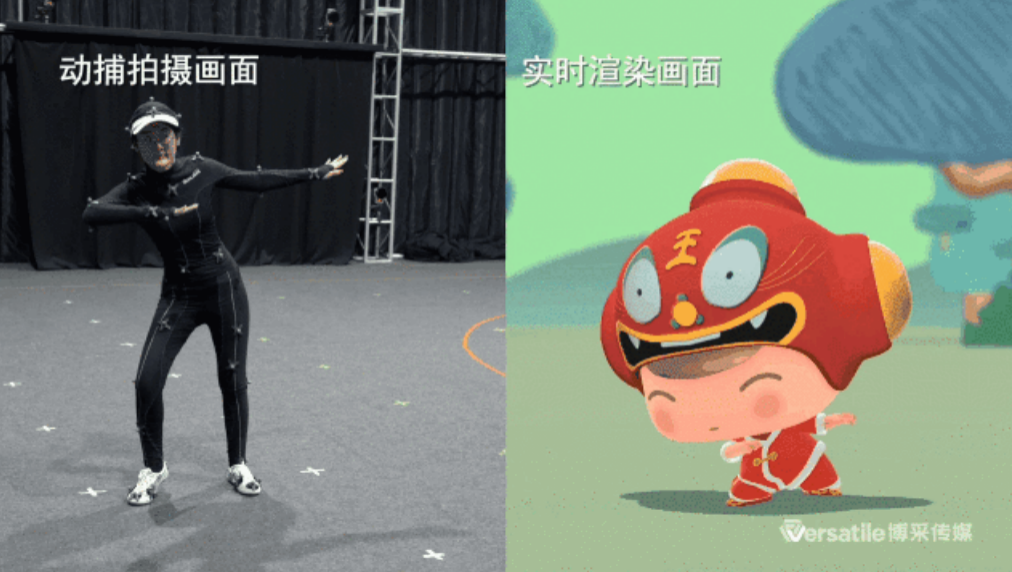 There is another example:

the popular ad of Nongfu Spring.

It was also made with 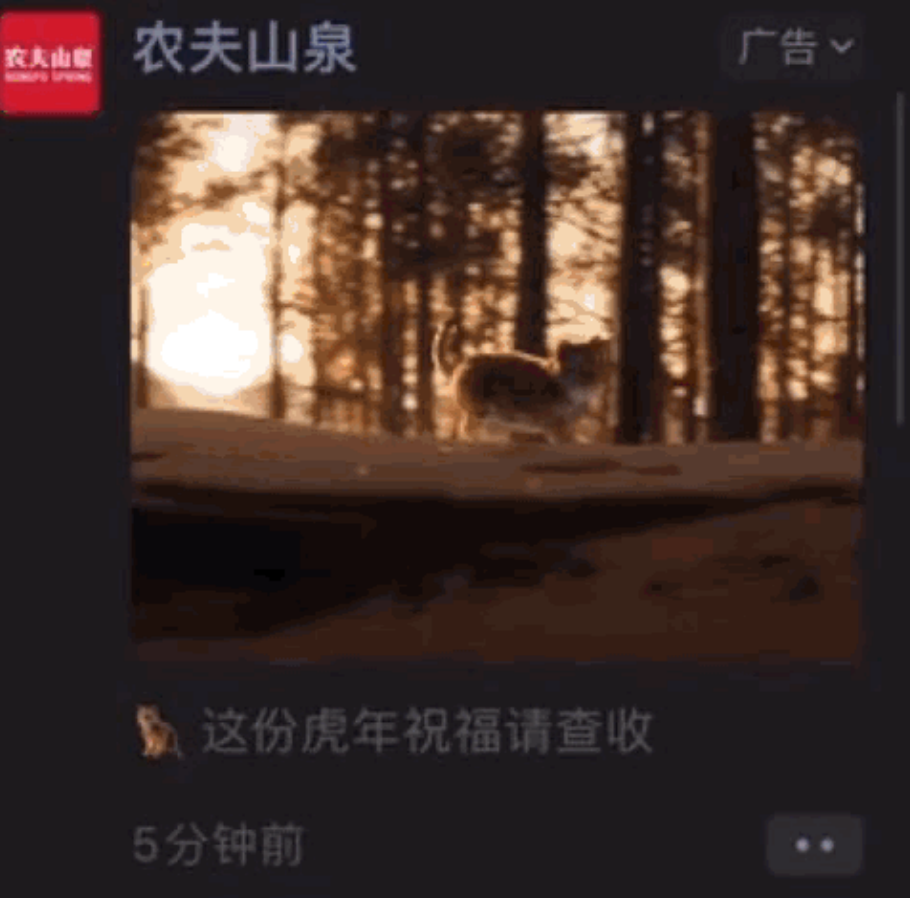 After the cats were clothed in

(The Devon cat on the left is dressed in a special motion-capture suit because its fur tends to get oily and cause it to lose points.)

a small cat turns into a big tiger↓ 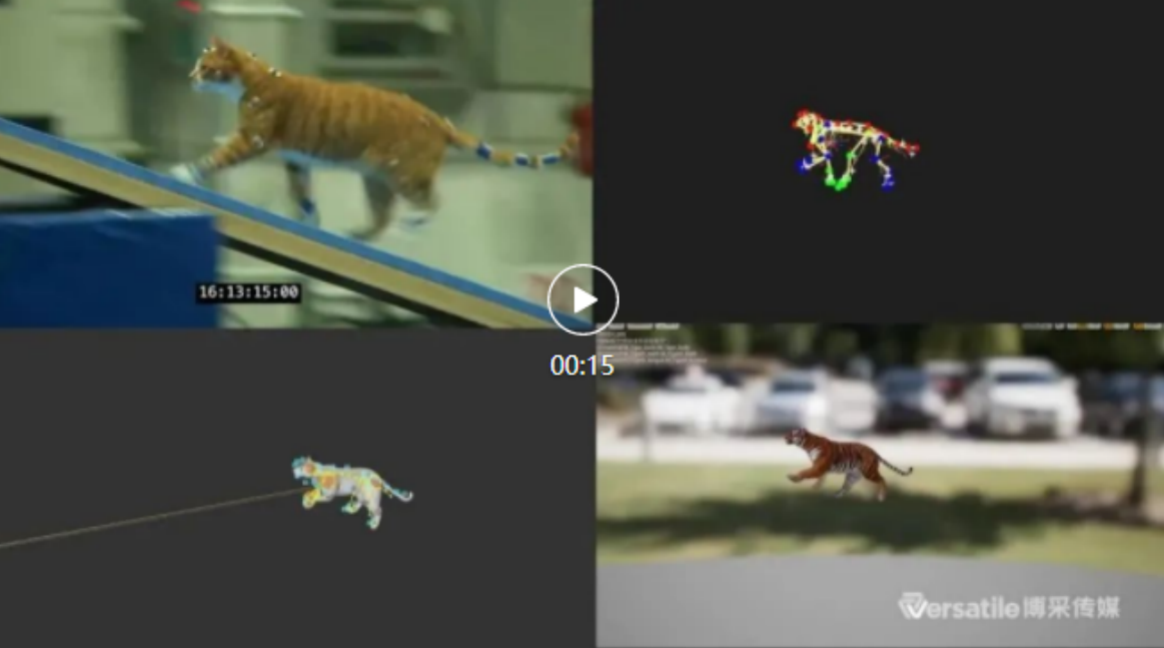 The animation preview completed by motion capture introduces many of the technologies, techniques and conveniences of live-action into animation, bringing exponential improvements to overall production efficiency. The entire preview production process took only 3 days to accomplish what would have taken at least 2 weeks to achieve with the traditional process. It is said that the production time will become even shorter in the future as the virtual shooting tools continue to be optimized. 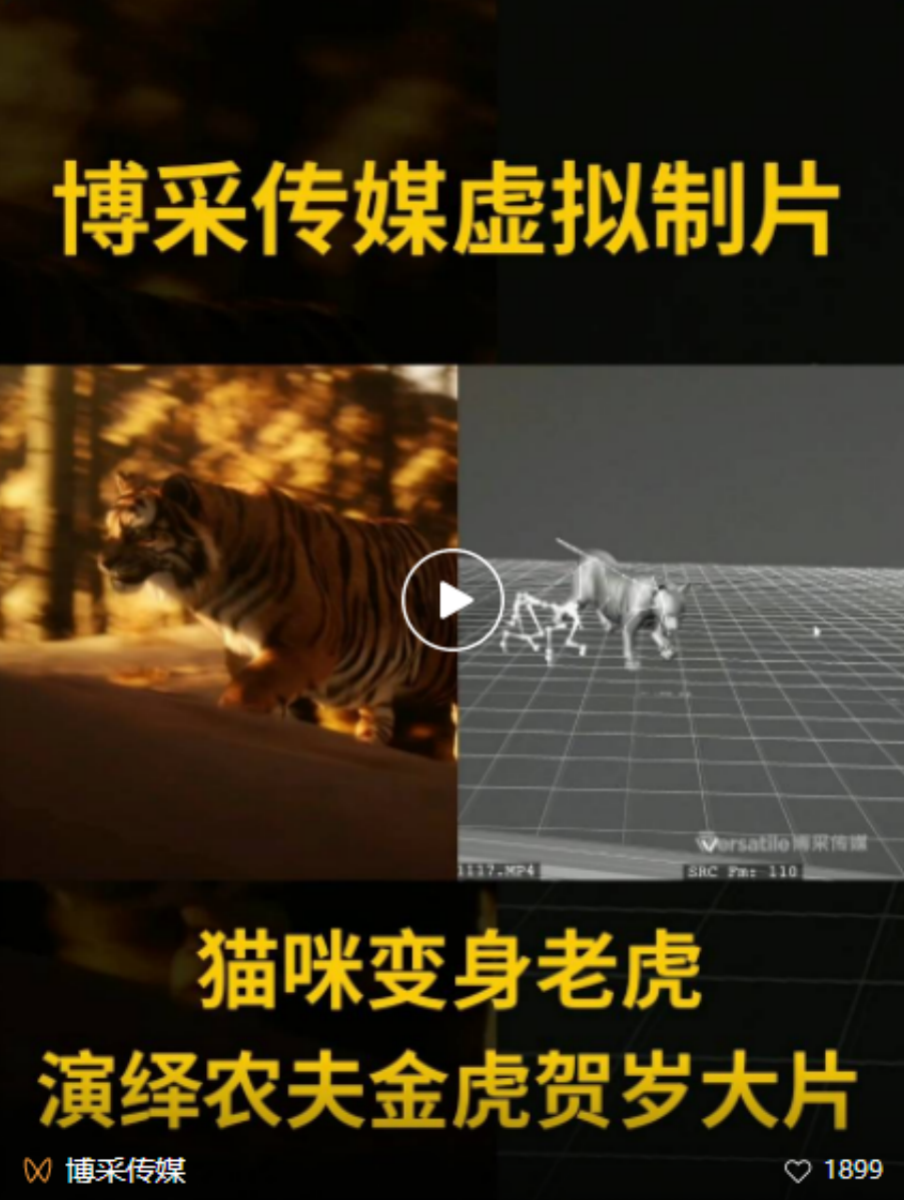 Kudos to Hangzhou's animation companies for taking their skills to overseas!

At the same time, we look forward to more industrial innovation