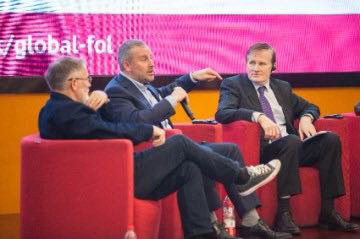 On March 21, the 2018 Sino-British Film and Television Animation Innovation and Cooperation Forum and University of Bournemouth Festival of Learning Hangzhou Stop were officially unveiled in the Dream Town of Yuhang District of Hangzhou. The activities were co-sponsored by the British University of Bournemouth, International Education Alliance For Creative Industries (IEACI) and South Dreamcube, and jointly organized by the school of film and television and animation art under China Academy of Art, Zhejiang Institute of Communication, Oriental DreamWorks, Versatile and Culture Creation New Forces.

"Creative talents drive the digital economy" was the theme of the forum. The forum was held to probe into the positive influence of industry-university-research connectivity on the cultivation of creative industry talents, exchange ideas on the characteristics of China and Britain in talent landing and introduction, promote greater cross-border exchanges and international cooperation between the two sides, and realize further cooperation and innovation in the internationalization of digital industry.

In addition to the Bournemouth University experts delegation, British creative media company Crowd also sent representatives including the general manager to visit and attend the forum. Representatives of the Cultural and Creative Office of Yuhang District, Chinese universities and enterprises were also present in the forum.